Are you Looking to Spice up your Life? Try Hot Peppers

Is it that we love to torture one of the most sensitive organ in the body, the tongue or we enjoy burning sensation that comes with it?

A third of the people in the world eat chilli every day because they love the burn. Surprisingly chillies neither have addictive qualities nor is it a flavor it is just spicy. The sensation of spiciness is the result of the activation of pain receptors in the tongue!!!!!

The five types of domesticated species of chilli peppers, these include:- 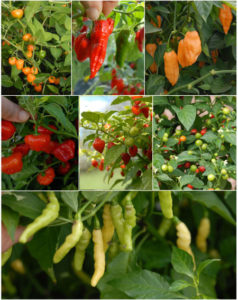 We all love elephants, they make the national game parks to be worth visiting. Conflicts between farmers and elephants have long been widespread in African and Asian countries. We have heard stories where pachyderms destroy crops, raid grain houses, and sometimes kill people.  Farmers have a solution to keep the elephants away, using chilies in their farms. 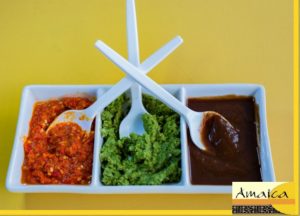 Amaica has home made in house chilli sauces ranging from green African chillies to red bullet hot chillies to accommodate various customer needs. We also have of tamarind as a sauce  that compliment various dishes that require a sour accompaniment.