Is Wine Good for You? Sorting out Facts from Fiction

Is wine healthy or not? There are countless studies that both warn and praise wine for its health benefits, but which side should you trust? When it comes to wine and health, there are a lot of articles floating around out there that are a little misleading, for example, take this title:

“A Glass Of Red Wine Is The Equivalent To An Hour At The Gym, Says New Study”

Sadly, this is not true. Let’s take a closer look at the headlines on wine and health and sort out the hype from the truth.

Is Wine Good for You?

Does One Glass of Wine Equal an Hour at the Gym? 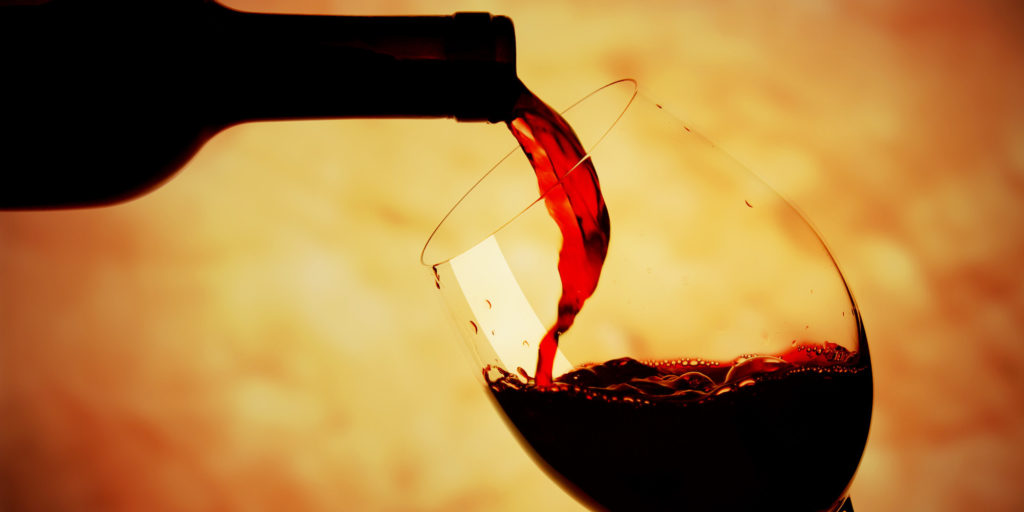 This headline is referencing a study conducted in 2012, where researcher Jason Dyck tested the effects of a chemical found in wine called resveratrol on lab rats. He found that resveratrol–as an isolated compound,– did improve overall health performance in sedentary rodents. The dose of resveratrol needed was equivalent to 100–1000 times the size of a single glass of wine!

Dyke concluded with hopes to conduct the study on people with diabetes and cardiovascular health problems to see if the same results might occur. His goal is to see if resveratrol can assist people with severe health conditions where they can’t exercise. Either way, the benefits aren’t in a glass of wine.

Can Wine Help You Burn Fat?

Possibly, but only certain types.

In February 2015, a study from Oregon State University linked a rare red wine to weight loss, but more research needs to be done before it can be shown to benefit humans, particularly in the form of liquid wine.
The study fed a particular type of wine acid, called ellagic acid, to overweight mice. The results showed that consuming the acid slowed the creation of fat cells in the liver which improved the mice’s ability to burn fat. While this is fantastic news, the small print on this study that most people overlooked was which type of wine was used. Ellagic acid is only present in one type of grape, called Red Muscadine, which only grows in the Southeast US, primarily in Georgia. The caviat to this info, is that most Muscadine wine is produced in a sweet style, which pretty much negates the weight loss benefits.

Since we were curious about the topic of ellagic acid, we decided to do our own research and found that wines aged in oak also contain ellagic acid. While this news is promising, there are no studies to date on whether or not the oaked wines have the same effect of fat cells. We’ve contacted the key scientist who conducted this study. We hope he continues!

Does Wine Enhance Heart Health in Those Who Exercise?

Maybe. The results so far are promising.

Juicy news for wine-drinkers who work out on a regular basis, and the headline might have some merit, but it’s inconclusive as of yet. The headline comes from a study released in 2014 conducted on 146 people in the Czech Republic over the period of a year. The goal of the study was to see if wine increased HDL cholesterol, the “good cholesterol,” which reduces the risk of Cardiovascular Disease.

According to the study, neither red or white wine increases HDL. This conclusion basically defeats most of the prior research to date on the topic of wine and cardiovascular health. Fortunately, the study did come back with some promising news. When researcher Milo Taborsky dug deeper into the findings, he noted that subjects who worked out 2 or more times a week and drank red or white wine did have both an increase in HDL and a decrease in LDL, which was astounding news. However, he warned that more research is needed with new control groups to verify this conclusion. So, let’s wait patiently and see what he comes up with!

Wine consumption (red or white) in controlled moderation may assist those who exercise, but more research is needed.

Does Wine Have Anti-Cancer Benefits?

Several different types of antioxidants are found in certain wines that may actually have anti-cancer benefits. The most recent news on cancer came out in 2014 in Cancer Biology and Medicine discussing the role of ellagic acid and it’s anticarcinogenic properties.

While this is all really amazing news, ellagic acid is only found in red muscadine grapes, of which there are only 5000 acres growing mostly in the state of Georgia. So, just to be clear, EA is not found in Cabernet, Pinot Noir, Malbec, etc. However, after we did some digging, we found that ellagic acid is also found in oak barrels! Based on our cursory, non-professionally-vetted research, a glass and a half of any well-oaked wine could contain enough of this special acid to stop cancer cells from forming. However, there has been no research to date to prove this…yet!

For this article and more on Wine Knowledge – Visit Wine Folly