What Do You Know About Rice?

Rice is a popular dish in most of our homes. Its easy , fast to prepare and is of good nutritional value. How much do we know about rice?

History of Rice
Rice is the most consumed grain in the world and is grown on every continent except for Antarctica. It has been part of the staple diet in Eastern countries for thousands of years. Recordings of rice consumption date back some 5,000 years ago in China. Rice arrived in Egypt in the fourth century b.c. and around that time India was exporting it to Greece and throughout Europe and eventually to the United States.

Rice production has been part of U.S. agriculture since the late seventeenth century. China, India, Indonesia, and Bangladesh make up two-thirds of the world’s rice production. The United States ranks eleventh in production but is a major exporter. In the U.S., the top rice producers include Arkansas, California, Louisiana, Mississippi, and Texas.

Let’s see some more facts on rice from the follow infographic:- 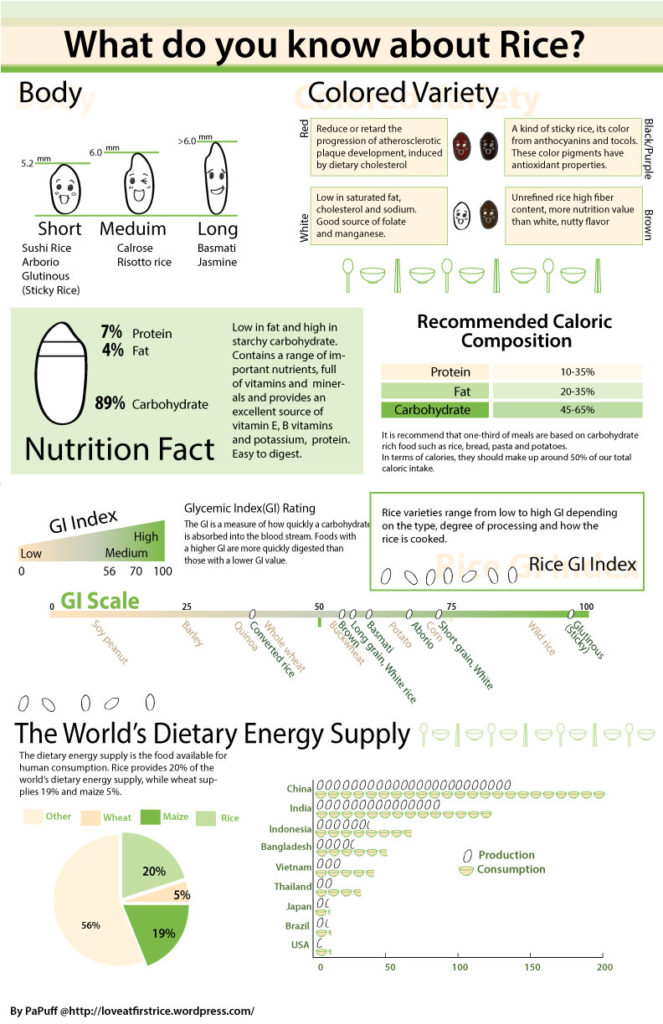